Activity Points; CP (Combat Point) and DP (Dungeon Point) are a sort of Content Token.
CP and DP are earned through completing specific gameplay tasks.
These tokens can be used to purchase a variety of items from shops that accept CP and DP as a form of payment.

CP and DP are earned on a specific character and can not be transferred to other characters.

DP can be obtained in the following ways

CP can be obtained in the following ways

Combat in Bless Online steam version consists of the use of Stance Skills (also known as Combo Skills) and Non-Chain Skills.

There are six different base stances for each class. These stances and the skills within them are predetermined and not customizable by players.

Players can equip up to two of these base stances at a time, but only one is active at any time. In order to swap stances players can click on the inactive stance in the UI or press the default tilde key ( ` ). Base stance UI looks like this. 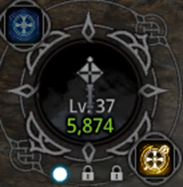 Each base stance consists of three predetermined stance skills. These skills are shown in the hotbar with default hotkeys “1, 2, 3”. Just like base stances, players may need to meet some level requirement in order to unlock a specific skill and even skill combos which we’ll explain next. 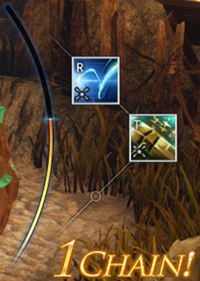 Potentially, there could be up to three combo skills available to perform (it all depends on the base stance that’s currently active). These skills can be performed through the combo skill hotkeys, defaults to R, T and Y. After successfully performing a combo skill, it could potentially open another combo skill, usually only allowing one additional option or “finisher” skill. As an example, players may choose to perform base skill “1”, then combo skill “Y”, and lastly end the combo with finisher “Y”. Players are able to see the exact breakdown of their combo skills through the tactics menu (default “K”)

To bring it all together, we’ll look at the Paladin base stance called “Sacrifice Tactics” which contains the following skill tree.

As previously mentioned the combo window only appears if a skill successfully hits an enemy (or healing allies). If a skill misses, the combo window will not appear thus players are not able to perform the following combo skills. Once a combo window is open, it can be closed in the following ways: Player is stunned, launched, incapacitated, or any form of CC which stops player actions. The combo time runs out, this timer varies per base stance, classes, etc. The player performs a non-stance skill, which we’ll get into next!

Each base stance and stance skill can be upgraded up to five times by using Stance Gems (acquired through leveling). There are two different paths players can take when upgrading these skills, left or right. Once a player starts upgrading either of these paths, they must continue to do so (if you go left, you have to keep going left). Upgrades can be accessed once again through the Tactics menu and by clicking on any skill.

Such as the skills themselves, players may need to meet a level requirement before they can upgrade a skill. Skills will reflect their upgrades through glowing circles to the left or right of the skill icon (depending on which path the player chose)

Upgrades usually provide small improvements to the skill, as a quick example, Paladin’s Sacrificial Plea can be upgraded left to “increase healing by 5%” or right to “increase range by 1 meter”.

There are eight different non-stance skills available per class. They can be accessed through the tactics menu -> Non-Stance Skill tab. Here’s an example of how the Paladin’s look like.

However, only four of these eight skills can be equipped at a time. Equipped non-stance skills are available through the skill hotbar, default keys are 4, 5, 6, and 7.

Players are able to upgrade non-stance skills through the tactics menu through the use of “Non Stance Gems”. There are three potential paths players may take when upgrading these skills, once a player decides to go a particular route, they must continue to do so. For the purpose of this guide, we’ll call these Top, Center, and Bottom. 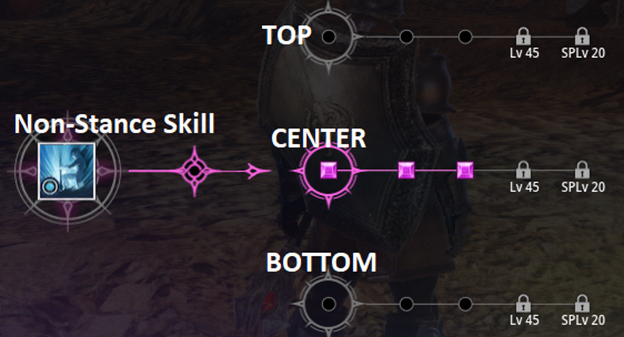 These non-stance skill upgrades tend to be more meaningful than those of stance skills. As an example, we’ll look at Paladin’s “God’s Wrath” center upgrade, “Increases Attack and Spell Power by 30% but decreases buff duration by 20 seconds”. As you can see, this upgrade has a significant change on this skill.

Dungeons in Bless are instances that belong to an individual player, or a party of characters.

Entrance to any dungeon requires that your Gear Score meet the threshold for the dungeon in question.
You may not enter a dungeon in a raid, except for Patala Raid.
Each dungeon may only be entered a certain amount of times per day/week, and has it's own cooldown for entry. (30 minutes)

Missions are both Daily and Weekly quests. Characters that are level 8 or higher will have access to Missions. The average Daily quest requires that a player perform a certain task (Or combination of tasks) to receive a reward. These quests must be completed within the allotted time frame (Daily, or weekly). You can access your list of missions by clicking the violet mission button in the lower right of your screen.

Each daily quest gives a certain number of Sigils

In the mission list, you can check the status of all Daily and Weekly missions available to a player as well as the compensation for completing each quest

If a player does not claim a reward before the reset, the player will not receive the rewards

Quests are activities players can complete in the world of Bless which grant a reward upon completion in the form of experience and/or items.

There are five types of quests in Bless Online:

These are linear mandatory quests players must complete in order to progress through the world of Bless.

, have a blue glow and are marked on the map by the same symbol. Example below: 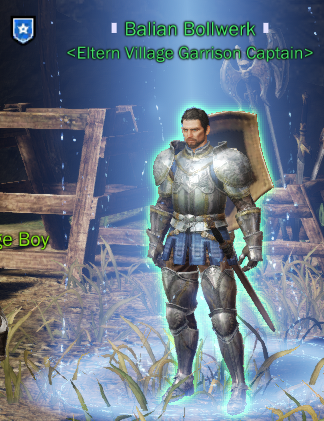 (You must complete the main story to unlock hunt quests, and flight paths, for each area.)

These are optional quests that teach players how to do basic tasks in the world of Bless. They usually become available at early levels and their task varies from basic movement and equipping armor, to using skills and taming monsters.

These are optional quests players may decide to do as they progress through the main story quest.

Quest givers are marked by the following icon next to their name and in the map.

Hunt quests grant rewards upon completion automatically. (No need to turn in to an NPC).

Each hunt has three stages, and every third stage can be retried once per day.

Upon reaching the current level cap; you will unlock the ability do perform Royal Quests. Royal quests are marked with a

and are available from any bulletin board in major region center, or the Dark Contract Broker in Spezia. Each region has three royal quests, that are randomized every day, and completing all three in a region will rewrd you a bonus regional reward box. The contents of these boxes are fixed, and will never change. Upon completing your fifteenth royal quest, each day, you will gain an additional reward chest that may contain a pet/mount skin, and an upgraded potential awakener. Royal quests may be abandoned, and their rewards can be claimed from the journal/mailbox.

Not included as a quest type, misc quests encompass every other form of optional quest that exists in Bless Online. Most notable, quests that are started by obtaining and using an item (Quest Item).

Journal of the Anatavarin [J]

The Journal provides detailed information about the player’s current quests, their progress, and their potential reward. As shown below:

- Opens quest location in the map and highlights it.

- Main story quests can be failed. Hitting “Retry” will restart them.

- Side Quests can be abandoned by clicking Renounce.

This system shows a quick accessible recap of the player’s active quests and their respective progress. Players can filter which quests are available by toggling on/off the quest icons.

Items related to a quest will have a button hotkey next to the Quest Tracker for easy and fast access. For example, clicking the Horse icon will use that item:

Clicking a quest name will open the quest in the Journal of the Anatavarin for more in depth information.

Clicking the small boot icon when available will create an auto path to the NPC.

Spirits are stones you can insert in to rare+ grade armour, and will allow you to further increase your power. When an appropriate grade piece drops; it will come with a "pattern", and a matching spirit can be inserted in to it. Each spirit itself comes in three grades, and can be applied to a suitable piece of gear by simply right-clicking the spirit, or opening the spirit sub-menu in your main menu. It is imperative that your spirits match your chosen profession, as not every class can take advantage of every stat. As a rule of thumb, mammal spirits are for physical (Guardian, Assassin, Berserker, Ranger, Paladin) classes, bird spirits for magic (Mage, Paladin, Mystic) users, and nature spirits enhance defensive options. (Not every class can block, parry, or dodge.) All spirit grades can be crafted via Enchanting.

When you transcend armour; it will gain another spirit pattern at random. Such gear can not possess two of the same patterns.

In Bless online, almost any monster players encounter in the wild can be tamed and turned into a mount or pet. Taming is done through craftable items called Taming Scrolls made by the Enchanting profession. There are three main taming scroll items:

Tames a target that is below level 15 as a companion.

Tames a target that is below level 35 as a companion.

Tames a target that is below level 50 as a companion.

The minigame consists of a rhythm game where players must stop a moving target inside the specified green zone.

FAILURE :: If players stop the moving target outside of the green zone, the target will stop moving temporarily making the player lose some time, then the minigame resumes as normal.

SUCCESS :: If players successfully stop the moving target inside the green zone multiple times the monster is added to their list of companions as a mount or pet (See Mounts & Pet section for more info).

The Minigame can be interrupted resulting in a loss of Taming Scroll if: