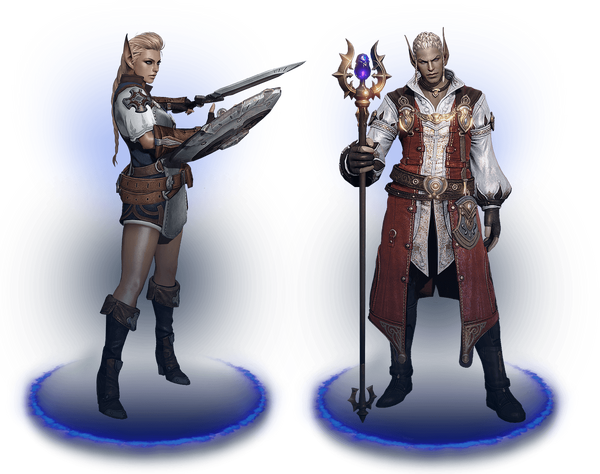 Fedayin is one of the unreleased races in Bless Online.

The homeland of the Fedayin, Gehenna, was destroyed by demons. Before that took place, however, the Fedayin were the ruling estate and the ultimate guardians of the Gates of Dimensions. Their main task was to defend the world from demonic invasion, which the Fedayin succeeded at effortlessly, but only until the Iblis, a race that the Fedayin ruled over, began to rebel against them. The Iblis rebellion unintentionally created a perfect opportunity for the demons to break through the Gates, and bring destruction upon their world. As the Fedayin fled their demise, they found themselves in a new world, and they had no choice but to call it their home. The Fedayin took it upon themselves to prevent the same tragedy from happening to their new home as a result of unreasonable actions of the Iblis rebels. To achieve peace and security at all costs, the Fedayin allied with the nation of Hieron, under the common goal of protecting and defending their realm. 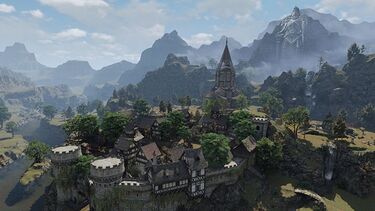 The core purpose of the Fedayin existence is their ultimate mission to annihilate the demonic invasion. These people spend their whole lives preparing themselves for battle. One of the unique features of their training is the utilization of Zen meditation. As a result of lengthy meditation sessions, the Fedayin acquire an incredible inner stability, granting them the mental fortitude to face any enemy without a trace of fear. In battle, the Fedayin are extremely agile and quick, moving with surgical precision, and are always ready to take their opponent's life.

In order to rid themselves of the distracting nature of succumbing to emotion during an important mission or in battle, the Fedayin gradually eradicated almost all emotion-inducing factors in their society. Their cities are extremely practical and ascetic, with absolutely no trace of public entertainment or alcohol, the sound of laughter or weeping never touching their walls. Even worrying about the death of a loved one or a friend is strictly against their rules of emotional abstinence. The Fedayin grieve by putting on grey robes, lowering their weapons, and silently honoring their fallen comrades, while standing completely still near their grave.

Such is the nature of the stoic Fedayin, the guardians of the Gates of Dimensions, the ones that chose asceticism and redemption.