Habichts is one of the playable races in Bless Online. This race is exclusive to the Hieron faction. 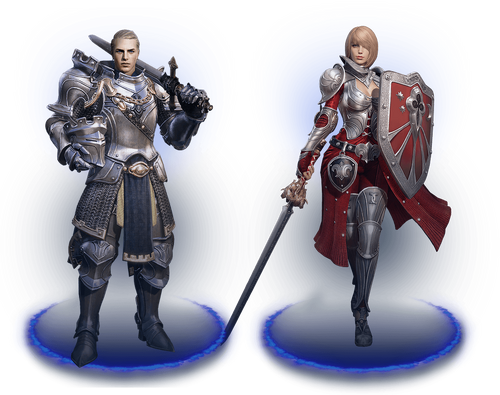 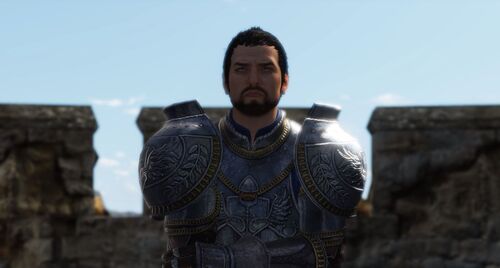 As the second human empire that inherited the spirit of the ancient Lumen, the Habichts are traditionally loyal, brave, and devoted to their empire.

Today, the Habichts Empire seeks to restore its influence in the southern continent and to build a great unified empire that will lead the future of all civilized races. 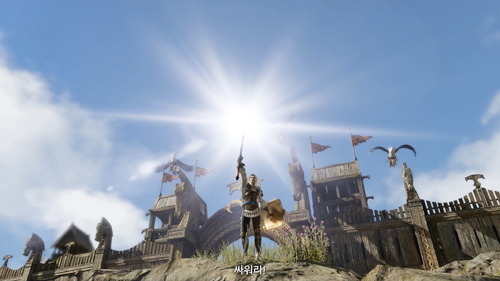 The Habichts are bigger and stronger than those from the southern continent, and are generally characterized by a strong presence.

They also have bright hair and skin. 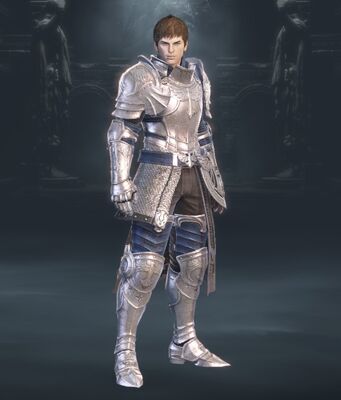 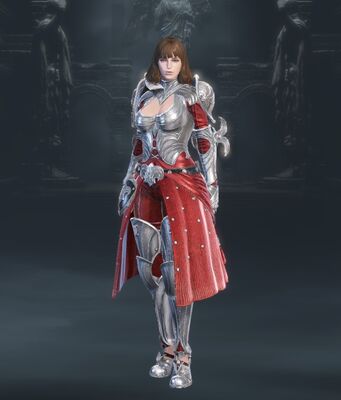 An inhabitant of a small village near the Hieron border wields his own weapons to defend his home.

Although the village requested reinforcements to stop encroaching orcs, the Holy Empire ignored their pleas. 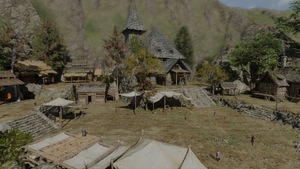 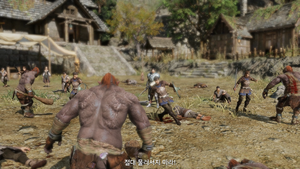 The area got its name from a turtle-shaped rocky hill that surrounds the lake.

Recently, orcs have been invading Turtle Lake Village to find food, leading many residents to leave in search of more peaceful areas.

Those who remain are cautiously defending the remaining safety zone. 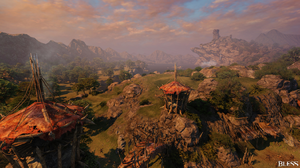 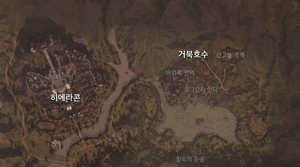 The Altoque, along with the Noreun and Herbati, were northern peoples. They were characterized by their larger build, brighter hair, and brighter skin than that of southern peoples such as the Campus. Originally living a semi-barbaric life, they assimilated into the civilized world when the Lumen Empire conquered the northern continent and made that land a province. 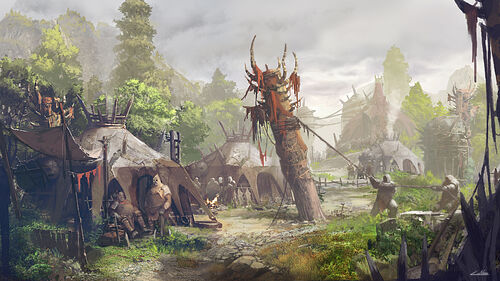 Under the rule of the Lumen Empire, the Altoque served as either frontier army officers or provincial administrators. However, as dictated by Great Emperor Eustace’s instruction of “Do not appoint blonds,” they were restricted from advancing to central positions of power. Unlike the Campus of the mainland, the Altoque experienced various types of discrimination.

However, the power of the Altoque began to strengthen due to the Lumen Empire’s collapse as a result of the devil’s war, and the rise of uncivilized tribes. The Campus, who had become decadent and hedonistic by the end of the Lumen regime, lost focus and were helpless once the Lumen Empire fell, only barely maintaining their existence.

On the other hand, the Altoque kingdom of the northern continent repelled uncivilized tribes with the help of a remarkable hero named Harman and was able to develop further.

Eventually, during an expedition to the south, the Great Emperor Eiger (the founder of the Habichts), drove out the Gnoll tribe and liberated the Campus. However, he then passed the leadership of human civilization on to the Altoque. The Campus cities then voluntarily requested to become vassal states of the new Habichts Empire. 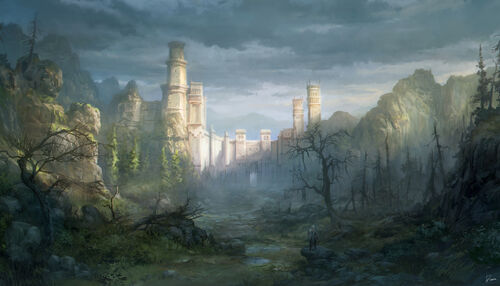 For over a hundred years following its founding as a result of victory in the Dark Age’s Holy War, the Habichts Empire has continuously kept uncivilized tribes in check through wars while expanding their territory in the civilized world. Due to this history of constant struggle, the Habichts Empire was naturally rooted in the spirit of militarism and martialism. In particular, in accordance with the tradition of the heroic prince as established by the Holy Emperor Harman and the Great Emperor Eiger, every generation’s successor of the Habichts royal family must serve as a junior officer in the army before ascension. Even a crown prince is not allowed to ascend to the throne without acceptable and distinguished military service. Therefore, it is not uncommon for the crown prince to concede emperorship or have it stolen by a subordinate successor.

Among the previous emperors of the Habichts Empire, there were only a few who died comfortably in their sleep. Members of the royal family dying gallantly in battle -including potential successors to the throne- was as routine as an annual event.To the Habichts, the emperor always had to be the best commander of the battlefield and the military hero of his day before he could be a political leader.

The royal family members were role models to their people, and as a result, every citizen of the Empire, regardless of class, regarded loyalty, bravery, honor, and devotion to the nation as the best virtues. In addition, the military flag with a hawk symbolizing the royal family became more than just an object of respect and transformed into an object of worship. The Habichts are proud of the history of their gods who defended the civilized world, and they believe that the Habichts Empire, as the guardian of all races, should be given proper authority.