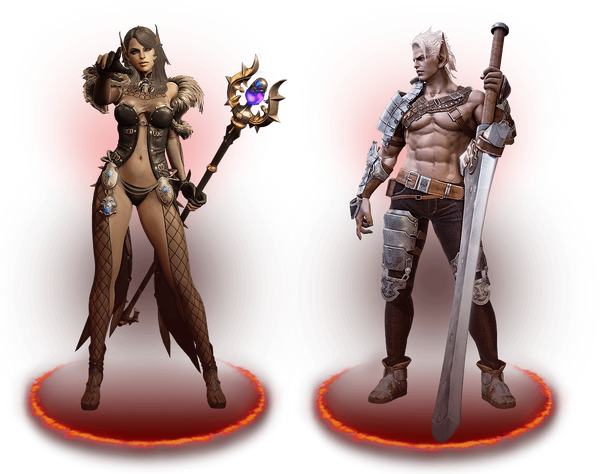 Iblis is one of the unreleased races in Bless Online.

While in their homeland, the Iblis lived under the looming rule of the Fedayin, the chosen ones, guardians of the Gates of Dimensions, the ruling estate. Most Iblis expressed a distaste towards their inferior position, which eventually grew over into conflict. Iblis rebellion gave rise to a civil war, that ended in the successful overthrow of the Fedayin, and in the Gates of Dimensions being left unattended. As a result, demons found their way into the world and destroyed it. The Iblis found their freedom to be short-lived and soon had to flee into a different realm, lest they let themselves become consumed by demonic invasion. As the Iblis inhabited the new realm, they allied with the Union faction, finding that their ideals and values had many similarities. Iblis are creatures who derived their strength and endurance from a primordial source - they consider themselves brethren and sistren of the Gods, that arrived in this world out of their own will. There is nothing purely constant for the Iblis, and the only thing sacred for them is the Chaos. The Iblis scoff at those who seek gods and prayer, heaven and hell, in this world. The only thing that is sacred for the Iblis is their own history. 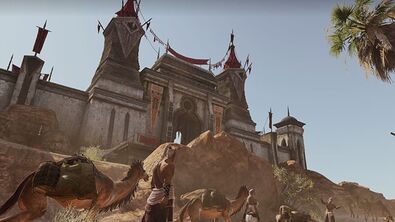 The core of Iblis culture is based around a hypothesis that anything can endlessly change. Among other primitive faiths, the Iblis felt closest to the cult of Chaos. Iblis consider pain and pleasure to be worthy goals, and in their aim to achieve these goals they do not pay any mind to moral values. The Iblis hold within themselves such pain, that this world has never endured, and such pleasure that this world could never imagine.

After migrating into the new world through the Gates of Dimension and overthrowing the ruling class, the next quest that the Iblis took upon themselves was the internal battle for power. They had to come up with a new system of government, but haven't succeeded in creating one that would interest all of their people, so to this day they live in a world of intrigue and anarchy, and even the bond of their blood doesn't protect them from betrayal from one of their own.